After a fourteen hour flight from Christchurch, which included a ninety minute stopover in Sydney, I was not feeling my best when we arrived in Bangkok at one o’clock in the morning. For a start the distance we had to walk from our entry gate to immigration was as far as I have ever had to walk in an airport and then we had to endure the long queue to get our visas. By the time we had done this and collected our luggage it was 2.30am. Outside it was hot and sticky but it did not take long to find the taxi rank where we could get a pink, metered taxi to take us to The Ecotel. As soon as we had driven 100m the driver pulled over and asked if I had a map. I brought Google Maps up on my phone and found it but kept losing signal and the map. It was probably costing me an arm and a leg in data. He seemed confident as we drove quickly through the streets. I was seeing nothing in the lights of the other cars that impressed me. It seemed to be a concrete jungle. On reaching the road where the hotel was we stopped again, all confidence draining rapidly. While he wandered about, I popped into a hotel to ask the night porter if he could direct us. He didn’t know where it was but we looked closely at a map for a few minutes until we decided it was time to get back in the car, cross the main street, go down a side street and rather by good luck than good judgment we found our hotel, not on the street in the address but some way off it. By the time we checked in and found our room it was 3.30am. Remarkably the two massage parlours opposite our room were still active, or would have been if there had been any customers. Instead the girls sat at tables in the street chatting loudly, but not so loudly that it kept me awake.

In the morning, following a breakfast I really didn’t fancy we went for a brief stroll around the immediate area to the hotel. In doing so a taxi driver attached to the hotel offered to take us to see the floating market and some temples. Knowing we had such a short window of opportunity to see anything we took up his offer and agreed the 1000 Bhat fare (£30) What helped persuade us was the fact that his Toyota had air conditioning and that we would be away for about five hours. That made it sound like we were getting value for money.

The journey took us out of Bangkok and eventually into the countryside. The road was quick and we were covering quite a distance. Out in the countryside we went through an area of salt pans where workers were skimming the surface with rakes to create piles of slightly pink salt. On either side of the road were makeshift stalls selling salt in bags of various sizes. 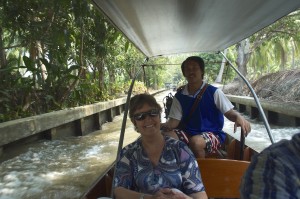 Angela with our boatman behind

It took us an hour and a half to get to Damnoensaduak floating market. We still had no idea what we were in for but we soon discovered that the 1000 Bhat fare did not cover any of the entrances. There were three things they were trying to entice us with, a boat trip around the canals to the market, an elephant ride and performing monkeys. I cannot abide performing monkeys so we turned down that and I should have turned down the elephant ride as both of us have done it on numerous occasions before. However, I was caught up by the moment and agreed. The cost of the two enticements was 3000 Bhat! We were only in Bangkok for twenty four hours and I didn’t have that kind of money with me so had to pay US$130. Be warned! I sometimes think they see us coming and once they have got us hooked they play with us and milk us for as much as they can. Inside, I was annoyed with myself for succumbing to it. I have done enough travelling to know when I am being taken for a ride but sometimes it happens too quickly and it becomes too late to back away. 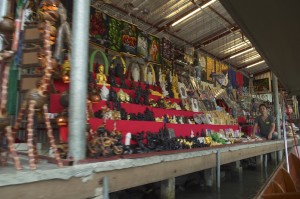 One of the many waterside stalls

I am guessing that we had come to a former swamp area which had been managed into a series of canals. Our long boat with rear engine and propeller on a long shaft took us, at speed, along the canals. At first there were banana and coconut trees on either side but we soon came across stalls built at the side selling a whole range of craft items, not what I was expecting at all. I was expecting to witness from a distance a fruit and vegetable market, perhaps on a river or lake shore line, not to become part of it. Whilst I could easily have been tempted to buy many interesting artefacts, I resisted and only bought a bunch of bananas, far mor than I needed but there was no negotiation. None if these early stalls were floating but were structures built at the side of the canal but as we delved deeper into the network of canals there was much more water traffic. Women paddled their canoes loaded with a variety of fruits and vegetables. Some were even floating kitchens with gas cylinders fuelling a small stove churning out noodle and rice dishes on paper plates. There was a lively atmosphere, particularly around the central hub where there were many small eating outlets.

Whilst our canoe had to carefully negotiate the right angled bends in the canal system, it could pick up a lot if speed on the straight sections. Occasionally caution had to be considered when the backwash from the sides, particularly in the narrower sections, made the water quite choppy. Along the route were the houses these canal dwellers lived in. While quite basic in many respects they were often festooned in colourful flowers growing profusely in the hot moist conditions. Hanging underneath a canopy there would always be a narrow boat suspended above the water. 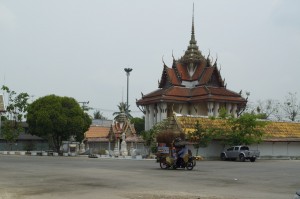 Stopping off, we visited a temple where extremely loud music from a bank of speakers was booming out. There was a private party in one if the halls. The main temple we could go into but I was disappointed in the commercialism within and the profusion of donation boxes. There were several statues of Buddha covered with loosely attached gold leaf with edges sticking up and making them look as if they had a serious skin disease. It was all a bit tacky. The third temple was almost derelict and clearly not in use. It was much more interesting as there were no people around. We were enjoying wandering around the outside when we disturbed the local pack of dogs who came barking towards us. We made a hasty retreat closing the gate behind us so that they could not get at us. A bit scary! 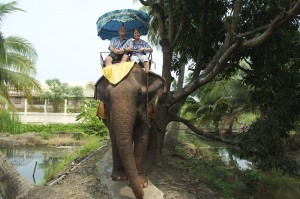 Back in the boat we went the see the elephants and take part in a short elephant ride. Having done this several times and often found it to be uncomfortable, this was much pleasanter as we were in forward facing seats. It was a short lived experience and not worth the cost. They do seem to have it all sown up here because from the same place we could have hired quad bikes and gone off through the swampy land on a quad adventure.

Wherever we went, either on the boat or on the elephant there was somebody taking our photograph and when we alighted there was a presentation set for us to buy. It looked really tacky and we declined each opportunity to buy.

Back at the start we had a bite of late lunch from a roadside restaurant before heading back to Bangkok. 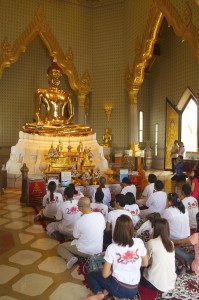 Back in town we visited a multi-layered temple with rhythmic chanting taking place. It is easy to become entranced by it as the sound echoed from the walls and ceilings.

Before we returned to our hotel our driver insisted on taking us to an emporium where he would have a coupon stamped allowing him five litres of fuel if we bought nothing, ten if we did. Inside we first passed through a workshop where jewellery was being made before going into the showroom where we could spend up to £1,000,000 on a piece of jewellery. Although Angela deserves it the account could not quite run to that, but we did buy a few small items so that our driver got his 10 litres of fuel.

In the evening we ate at a restaurant close to the hotel, a superb whole sea bass shared between us before retiring for an early night as we had to be up at 4.30am for our early morning flight to Yangon.

Sleep went well for the first few hours but once awake the noise from the partying massage girls across the road prevented any worthwhile sleep. They were still at it when our taxi drew away from the hotel at 4.50am. 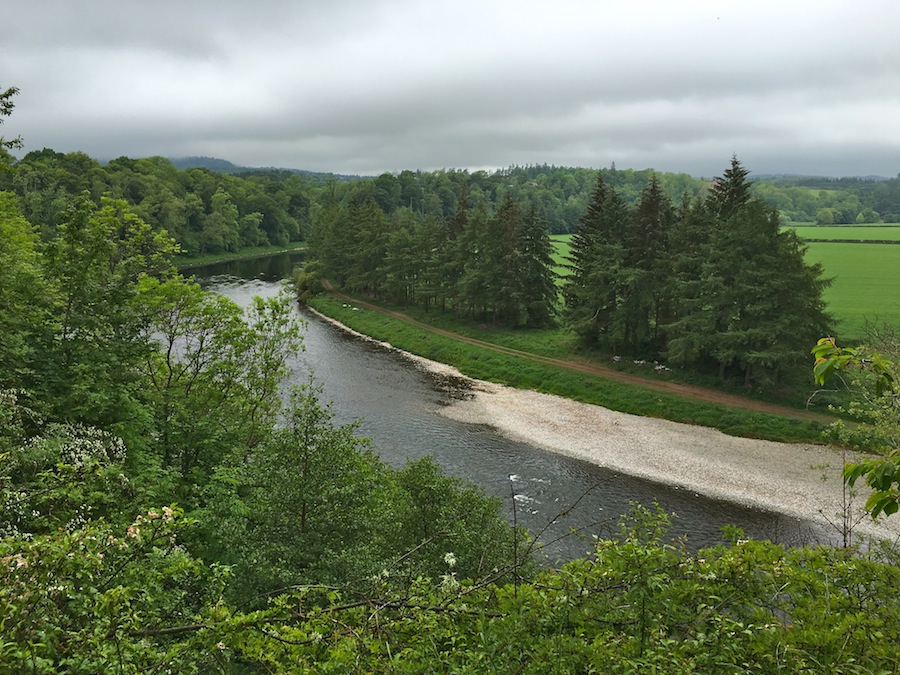 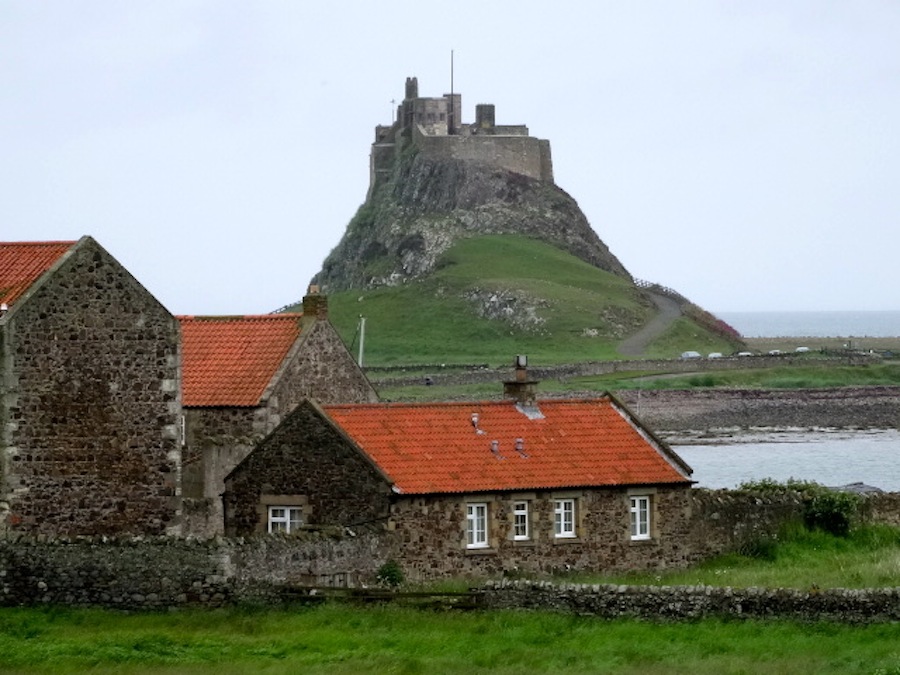