My name is John Walton. From an early age I have always enjoyed spending time in mountains, walking, climbing and exploring. 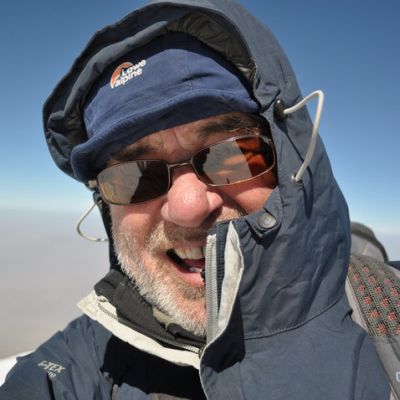 In 1990, while teaching at King’s School, Worcester, I founded the King’s Himalayan Club, taking the school trip to the next level by leading groups of Sixth Formers on expedition to the Nepal Himalaya.  Initially, for students, the draw was Everest, but as the reputation of the club grew, students signed up knowing that what they were going to experience was going to be fantastic irrespective of whether Everest was involved or not.  It certainly made them stand out in the clamour for university places.

It was not long before parents wanted similar experiences, so I formed the ‘Mature Yetis’.  These groups were soon finding former pupils joining them. With major changes occurring to the Sixth Form curriculum, expeditions had to move from Easter to the longer summer holiday.  This widened the Himalayan Club’s horizons and saw expeditions taking place in other mountainous regions of the world – Ladakh, Tibet, East Africa, North Africa and South America.

As a result of my widening experience, I became the Schools Expedition Consultant for Classic Journeys Adventure Travel, the company who looked after all the logistical arrangements for my expeditions.  There has always been a charitable community project to each expedition and it was not long before I also assumed the mantle of Charity Expedition Consultant.  I soon became a trustee of the Himalayan Trust UK (formerly the Sir Edmund Hillary Himalayan Trust) and was recently appointed Vice Chairman of the charity, with responsibility for overseeing the education programme, which does such fabulous work to the benefit of the mountain people of Nepal.

An increasing number of shorter or UK based treks have been solely for the purpose of raising funds for charity – Mt. Ararat, Mt. Toubkal, Journey Down the Wye. Others are just for fun – Hadrian’s Wall, The Dales Way and others. All expeditions and treks are preceded with a suitable training programme leading up to departure.

Since I gave up teaching in 2009 I have devoted myself to planning and organising adventurous trips all over the world. I am no longer involved with the organisation of school expeditions. Each year I have an annual programme of trips, home and abroad, individual days out, UK long distance trails up to ten days duration, European one week trips and trips further afield for two/three weeks duration, to suit all abilities, tastes and needs.

With over fifty treks and expeditions under my belt I am well capable of giving you, or your organisation, an adventurous ‘journey of a lifetime’ experience.

If you would like to discuss any aspect of our work, then please do GET IN TOUCH