Our Group and Individual trips fall into three categories

Overseas expeditions, which generally take place alternate years and are open initially to parents and OVs of King’s School but also to friends of King’s School.  The first of these was in 1997 to Langtang in Nepal.  Adult trips have mainly taken us to the Himalayas, with the exception of Peru in 2009.  In 2012 a group travelled to Kyrgyzstan and China to explore the northern side of K2. Breaking the two year cycle, a group will travel, in 2013, to the Hidden Kingdom of Mustang in Nepal.

Overseas Charity Fundraising Expeditions  are shorter in length and focus on mountain ranges a little closer to home; Turkey (Mt Ararat, Cappadochia and the Taurus Mountains) and Morocco (Toubkal and the High Atlas).   These trips can be made up of a group supporting a specific charity or of people supporting a range of charities.  Breaking the mould of shorter, closer expeditions,  a group is travelling to Everest Base Camp in the spring of 2013 to celebrate the 60th anniversary of the first ascent of Everest.  It will be known as ‘In the Footsteps of Everest ‘53’.

UK Charity Fundraising Expeditions, are shorter in duration and designed to suit the needs of a mixed ability group.  The 2011 River Wye Challenge raising funds for bereaved children, included four days walking, four days canoeing and concluded with a final day’s walking.  Plans for The Herefordshire Trail (just a walk) and the Severn Way (walking and cycling) are in the pipeline as well as the Teme Valley Way.

Before each trip, the members take part in a training programme, simply practising the skills which will be required and enjoying some social interaction.

To discuss adult trips please GET IN TOUCH 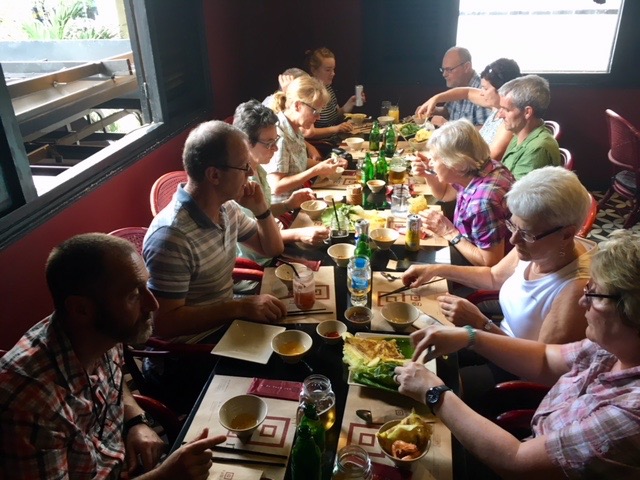