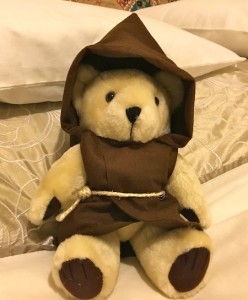 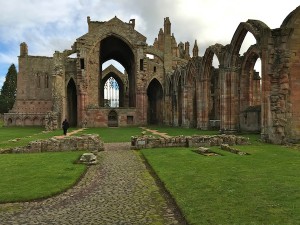 St Cuthbert’s Way runs from Melrose Abbey in the Scottish Borders to the Holy Island of Lindisfarne off the coast of Northumberland in England. The route climbs over the fringes of the Eildon Hills before following stretches of the mighty River Tweed and the Roman Dere Street. It then passes Cessford Castle before a fine hill ridge is traversed en route to the attractive village of Kirk Yetholm. The route then skirts the northern edges of the Cheviot Hills to cross the border and descends to the fine old market town of Wooler. The final stretch crosses the Northumberland countryside for the dramatic finale across the causeway to Holy Island and its dominant castle and ruined abbey. 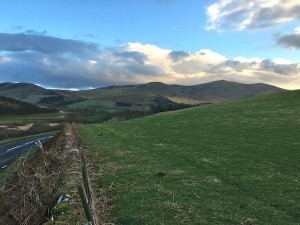 The route links several sites associated with St Cuthbert. He began his monastic career at Melrose Abbey from 650AD, and eventually became the Abbot at Lindisfarne. Following his death and beatification, in 875AD Lindisfarne was abandoned due to Viking Raids and St Cuthbert’s relics were rested at a cave whilst en route to safety – the cave is also visited along the route. The walk, completed in five walking days, passes through attractive and varied countryside throughout its length.

Transport will be provided to take you to the designated campsite, Highburn House Country Holiday Park, Wooler, Northumberland, where tents will be supplied. All food, refreshment and transport is included in the price, with the exception, perhaps, of a celebratory meal out on the last night.