A short flight took us from Istanbul to Ankara, the capital of Turkey. The history is quite interesting. Until 1922 Istanbul was the capital but when Ataturk created the modern Republic of Turkey in 1922 he wanted to move the capital to somewhere more central, which was seen to represent all of the people. Ankara only had a population of 10,000 in 1922 but quickly grew under its new status. It continues to grow today and has population of 4.5 million. Although Istanbul has a population of 13 million, Ankara covers a much larger area. This was clear as we drove from the airport, quite some distance from the city, and witnessed massive housing and commercial development taking place.
Our first afternoon in Ankara was free so we set about exploring the areas we could reach by walking. The shopping area was like many others in big cities but it was made more attractive with trees offering shade from the fierce sun above. We found ourselves in a park but it seemed to be a waste of valuable time in a new city to languish in a park, even though we did enjoy playing on the outdoor fitness equipment. Heading back towards the hotel we found ourselves in an open air bar and enjoyed watching people go about their daily lives over a beer or two.
On our second day we had plans to visit the Mausoleum of Ataturk, a huge area on top of a hill with a great deal of extravagance. Ataturk is extremely highly regarded as the founder of modern Turkey and, as such, this is clearly as sign of the respect the nation holds for him. The museum gives detail of the history of the development of modern Turkey but there was just too much to take in.
From there we went to Ankara Castle, part of the defensive fortifications of the old, much smaller city. On arrival we had lunch in a wonderfully rustic restaurant inside the castle walls and it was a superb meal served by a portly chef who was not only extremely efficient but also spoke excellent English.
The castle is a bit run down and some of the houses inside are falling down. What it did do was afford us a wonderful view of the whole city as it spreads out over numerous hilltops.
Later we returned to the same bar to watch the world go by. I couldn’t help notice and mention that we had seen very few overweight people in Turkey and that everybody is smart. It must be something to do with the climate suppressing their appetites. It doesn’t seem to be doing that with mine!!
I didn’t enjoy Ankara as much as Istanbul. It is much too spread out and the traffic seems to be constantly gridlocked. I enjoyed the relaxation and the people watching but it is not a city I would rush back to, whereas Istanbul has a much greater attraction. 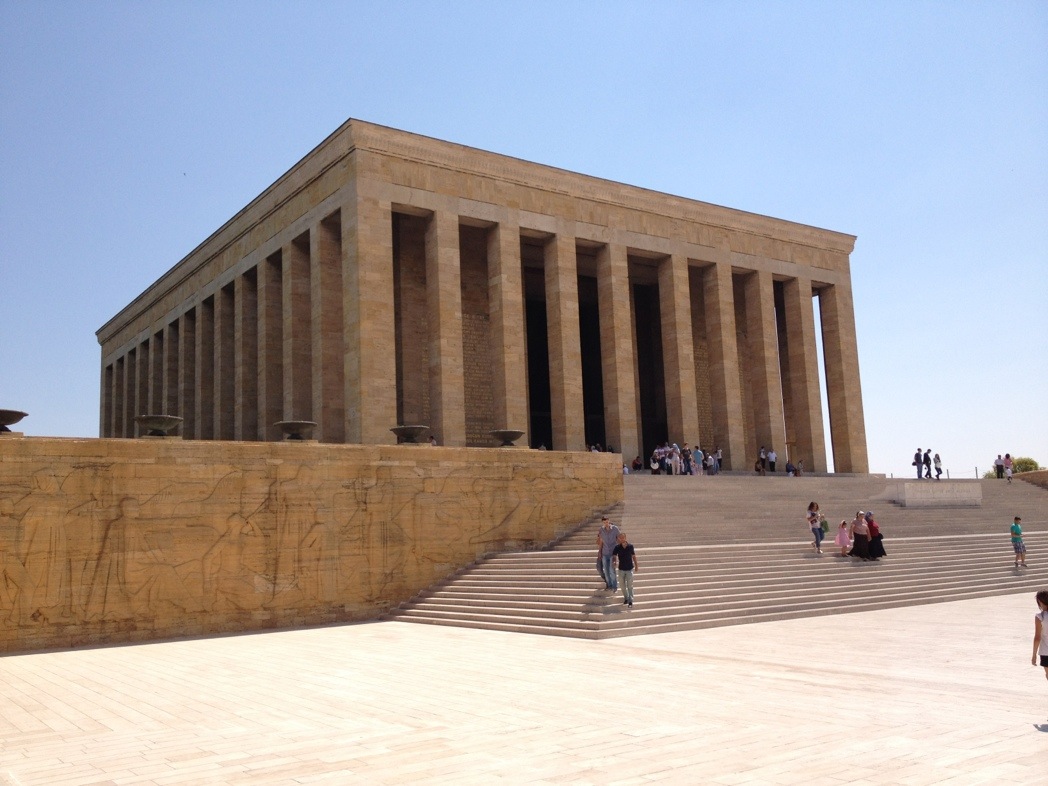