The next day we left our lush, green campsite at Sokulupinar and ascended the Tulu Valley. It was very humid and sweat poured from every pore. Kate was suffering badly with blisters, particularly when ascending, so I sent her back to camp with Louisa, who was suffering from the ice cream legacy, to hitch a lift in one of the support vehicles. It was important to get Kate’s feet sorted so that she could tackle Ararat without too much discomfort. With them heading back to Sokulupinar, we took a particularly steep path up to the high pastures above the Eznevit Valley. Having made the ascent the path contoured around the hill, making the walking much easier and more pleasurable. Stopping for lunch among a flock of grazing sheep and fussed by an unusually friendly dog we watched thunder clouds form over the surrounding peaks. There was no sign of the shepherd who was, presumably, sleeping among some nearby rocks. After lunch we descended, gradually at first and then steeply, into the Emli Valley. We were in the upper reaches of the valley surrounded by massive walls of mountain and brewing storm clouds. 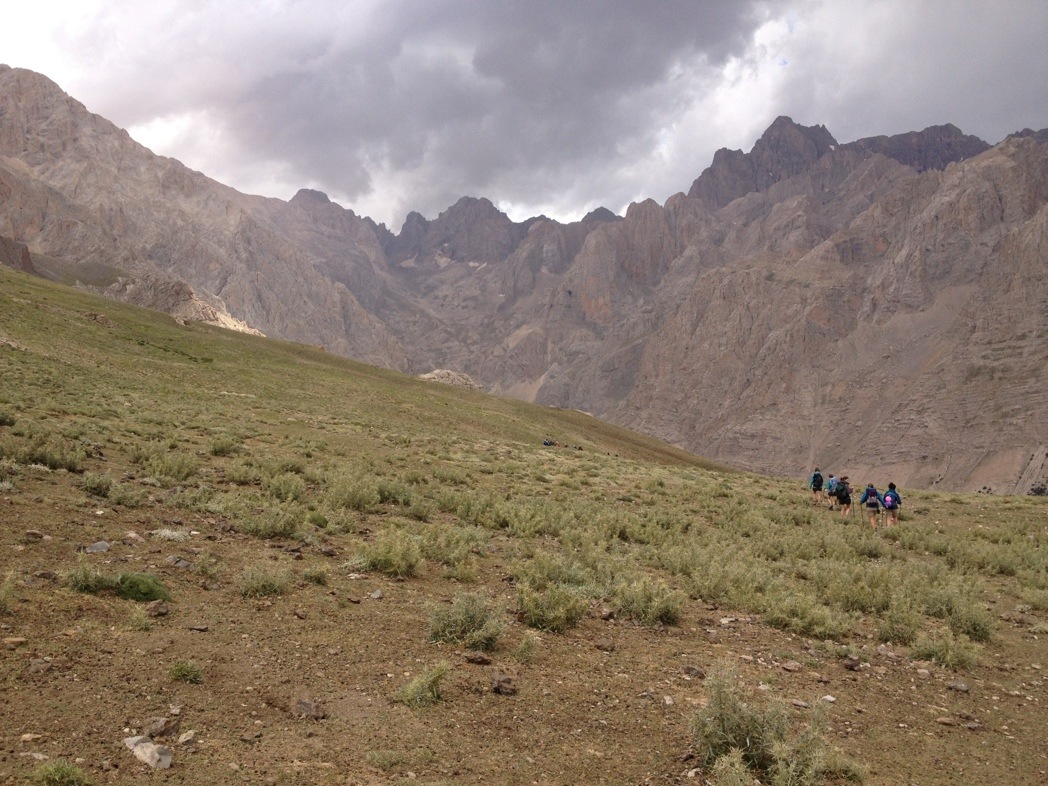 Heading down valley on a good path we entered a forest of conifer trees, not growing in plantation style, but randomly. They were not large, perhaps no more than about twenty feet, but it made a pleasant change to the tree free landscapes we had encountered over recent days. The perfume of the trees was noticeably very strong.
Thunder began to rumble around the mountain tops a large drops of rain began to fall from the sky. It did not turn out to be very much as we seemed to be walking away from it all the time.
Camp in the Emli Valley was in a meadow of long grass and flowers inhabited by a multitude of insects and butterflies, the quantity of like I had never seen before. The scenery was stunning with high, rocky walls rising from the valley floor in every direction. As evening drew near the clouds lifted and the sun came out. A perfect end to a perfect day.
The final day in the Taurus Mountains gave us the option of a day walk up to the Alaca Plateau on the southern slopes of the range or having a rest day in camp. The majority chose to have a rest day but those that did take the walking option came back inspired by their day out. I stayed in camp, not just because I was the only leader left, but because I needed to rest my foot. More importantly, I wanted to write the incident report on the student sent back to the UK while it was still fresh in my mind. It was a hot day but very pleasant lying on my bedroll in the shade of a tree in the middle of the field, writing my report. The students had a very relaxed time but were forced into frenzied activity when a brief storm, which had been brewing in the mountains for some time, suddenly let rip. Remarkably all the insects and butterflies suddenly disappeared just before the rain hit, only to reappear once it had stopped. Where do they all go? By evening the sunshine had returned and the day ended pleasantly. Those that had walked were very satisfied with their achievement, while those that rested really appreciated the opportunity to re-charge the batteries before our final challenge, Mt. Ararat, Turkey’s highest mountain. 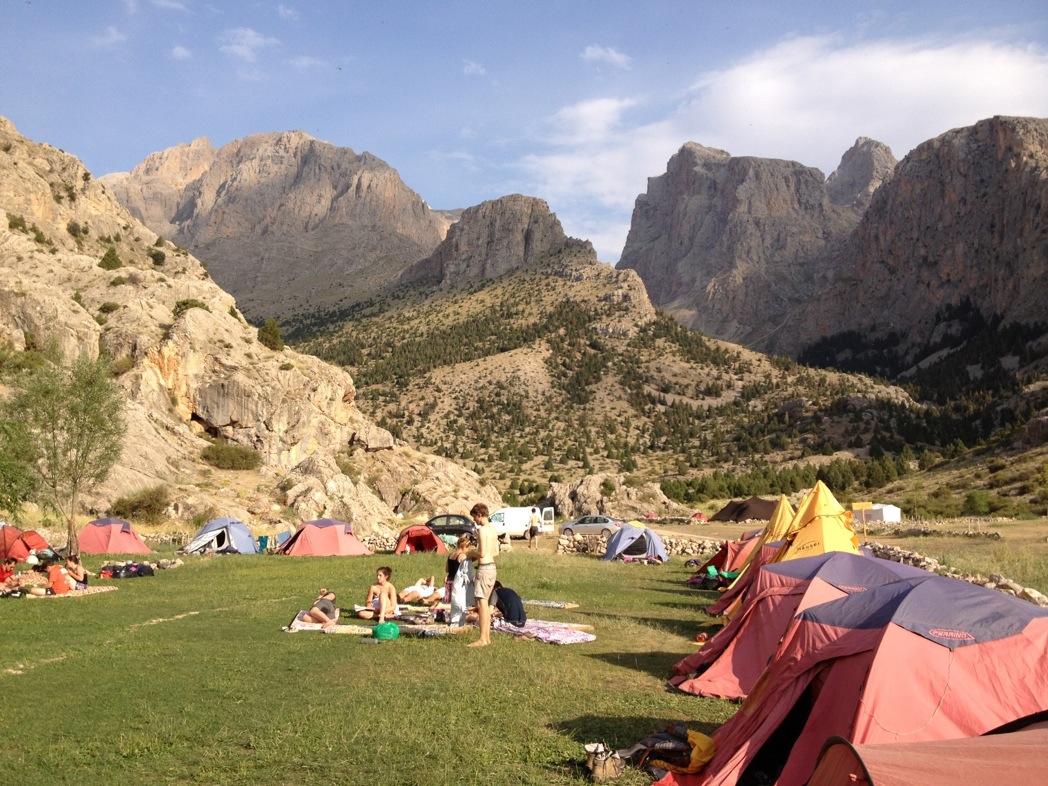